Cassidy was rescued from Moreno Valley Animal Services with the help of Vista Rescue, just hours before she was to be euthanized. The poor girl had large tumors on her abdomen that were beginning to rupture and she had to go into surgery immediately after being busted from the pound. None of that ever got her down though! She is a spunky and bright girl who loves to love, and her new mom made such an amazing choice in adopting her. They’ve gone on so many adventures together here in the Eastern Sierras!

Rylie, rescued from Lancaster pound in early 2018, is living her best life with Found Member, Kelsey H., in San Luis Obispo county. She romps around, a little girl in her big world, with her adopted sister, Bonnie and Jazzie, as well as her 2 cat siblings.

Jazzy is Rylie’s adopted sister, who was an owner surrender to the rescue in 2018. Jazzy was adopted by her foster, Jesse, who couldn’t imagine life without her and the rest of the crew. She lives in her forever home in San Luis Obispo county.

Nova was an owner surrender directly to the rescue during the summer of 2018. While she was being fostered, her foster mother fell in love and became a foster failure. Nova is a very sweet and intelligent girl, who is very trainable for a cat. She loves her cat nip stocking, pictured here as what she is dragging around. We are so grateful to our foster turned adopter who gave Nova a forever home! 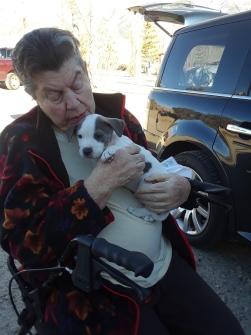 Fritz came to us with his mother and puppy siblings, rescued from the Riverside Animal Control euthanasia list. At 5 weeks old, Fritz came into our care until he was adopted by the Sebastian family. Fritz is spending the rest of his puppy-hood into adulthood and the rest of his life being spoiled and loved!

Rex was surrendered to the rescue by a caring person who found Rex after he had been left at an abandoned farm on the Central Coast. Rex was with the rescue for over a year before he found his forever home with a kind family in Wellington, Nevada.

Mercy was the mother dog of our litter of puppies from Riverside. After her puppies got adopted out as soon as they were old enough, it took some time for Mercy to find her forever home. We are so grateful she is living the best life in Mammoth Lakes, California now. 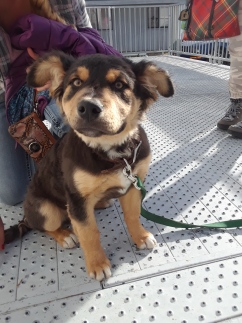 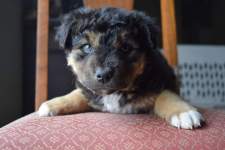 Little Dereck came to us all of sudden when he was gifted to someone as a wedding gift, but they couldn’t keep him so they contacted us. Little Dereck should’ve still been with his mom, but we were unable to find out where he had originally come from. We took him in and almost immediately, we found him a loving home with a full family of kids, parents and grandparents. He has been renamed Jaws, and is growing into such a handsome young man. He is loved immensely in Crowley Lake, California now.

For medical bills, food, daily care and everything else it takes to run a full rescue and sanctuary.